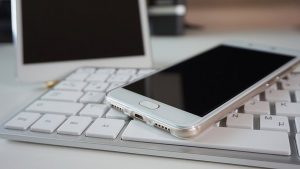 We shop, bank, socialise and work via the internet. Online healthcare seems a natural progression in our heavily technology dominated lifestyles. There could be many benefits to being able to engage with our healthcare via the internet and it may help to create more flexibility and convenience in our increasingly hectic schedules.

But some people have genuine concerns about this sort of technology being implemented. Perhaps we should all have some concerns, as there may be points in our lives when circumstances change, we become older, and the implications for online healthcare could become greater.

People in abusive relationships have expressed anxieties about Electronic Personal Records being implemented. Whilst working in healthcare-based services I spoke to some of the women who shared their apprehensions. The following themes emerged from the discussions.

What if my partner can gain access to my records through my electronic devices.

They spoke about the ease, that their partners took control over their online lives.

‘At the start, he would sometimes accuse me of lying to him, and I would end up showing him stuff to reassure him. He sometimes offered to help me set things up. It could be his email was not working, and he needed to use mine. Sometimes he would spring things on me when we were out, so I felt under pressure to give him the information. He may say he needed my password to speak to his parents on skype or that his son needed to use my laptop as he was working on his own. He had various excuses to get on the equipment and probably had access to everything very quickly.’  Janet, aged 30

‘All my boyfriends have had access to my mobile phones and ipads. When you are in a relationship, it is just lying around. Passwords were stored on everything. I consented for them to be on it. In an abusive relationship, you can’t say anything as they dominate and do what they want anyway.’ Elisa, aged 20

What if my partner could access information about past medical issues that he could use against me?

‘I would be concerned that it does not give privacy for what women go through. I would not have confidence that issues you would want to be concealed stay private. For example, chlamydia and miscarriage. An abuser could find out that you had an STI and then tell everyone when he leaves you.’ Elisa, aged 20

Would this change my relationship with my GP and would I feel more reluctant to talk about issues such as abuse with a GP?

‘I was talking to the GP about the situation. If he found out he would have seen this as me cheating on him. I tried to have therapy, and he stopped this as he thought all my support should come from him. If my medical records were online, I would have thought twice about disclosing it or asked for it not to go in my records.’ Janet, aged 30

After speaking to Clinicians, I also realised that they had their own concerns. How would they record patient notes safely, whilst maintaining confidentiality? Who would they be writing the medical record for, patient or health practitioner? What sort of language should they be using in the records to accommodate for these changes?

Other collaborative agencies could also be impacted by these changes. In some areas of the UK ‘shared care,’ the drug support workers in General Practice, input their client notes straight onto the medical records. These notes can contain highly sensitive information. Maintaining a safe and confidential record system is fundamental to their working practice.

The thought that someone could potentially view their complete medical history, from their smartphone, whilst in ASDA doing their mid-week shop seems slightly surreal. Although most people would probably not choose to multi-task in this way, we should be taking breaches and misuse of confidential data very seriously. Approximately one to three percent of patient records get filed under an incorrect name. These policy changes could impact on anyone.

Sadly, the people who may be impacted by these changes most, and could potentially have their healthcare drastically compromised, are probably the people with the least say in these technological and policy-based advancements. Keeping a diverse range of patient and public voices (Patient and Public Involvement) as a fundamental element of our research and policy developments is imperative for keeping our healthcare as safe and as inclusive as possible.

(names have been changed to maintain confidentiality)